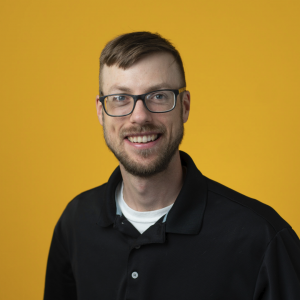 At Wayfind Creative, we understand that just having driver testimonials isn’t enough for an effective recruiting campaign. To get the best results from your driver testimonials, you need a strong strategy and channel for capturing qualified driver leads.

That’s why we sat down with Jake Peters from DriveTeks to talk about how you can use Facebook to recruit drivers using your video testimonials. Let’s check out the conversation.

Why Use Driver Testimonials for Recruiting?

Driver submitted testimonials that share the story of what it’s like to drive for your fleet provides the most authentic layer of trust for other drivers who are looking to work for your company.

Recruiters can use these video stories to build rock solid relationships with those potential drivers and in turn, hire them to work for their fleet.

Truck drivers trust other truck drivers more than anyone else in the industry. You need to create content that tells the story of what it is like to work for your company from the perspective of your truck drivers.

Over 96% of truck drivers have a Facebook account and will spend on average two hours a day on the platform. Truck drivers love using Facebook because it enables them to stay connected with fellow drivers and loved ones while they are on the road.

Facebook also provides companies with the ability to run paid advertisements targeted specifically to the drivers they want to hire. This level of focus ensures that ad spend never gets wasted on unqualified eyes.

The main goal of any driver recruiting campaign needs to be to generate active candidates. Active candidates are truck drivers who interacted with a company’s web content, did their research, and applied to work for a company because they decided they want to be employed there.

Using Facebook recruiting to promote video testimonials from drivers is one of the best ways to get active candidates. Facebook advertising will get the testimonial on the devices of qualified drivers and then the testimonial captures their interest.

Capturing a driver’s interest like this may even inspire them to apply that moment. If this is the case the driver can fill out a lead form right there on Facebook. Lead forms, or short apps, are quick applications drivers fill out that provide recruiters with basic information. Recruiters then contact the interested drivers, collect any more necessary information, and hopefully hire them.

Text, Images or Video: Which One Should I Choose?

While pictures and text have their place in your Facebook recruiting campaigns, video content is by far the most engaging medium online right now.

Videos are more personal, especially when seen on Facebook. Put yourself in the shoes of your driver: After a long day on the road, or, if they’re loading/unloading, they’re most likely trying to take a “brain break” and just sifting through their phones. Queue their Facebook Feed.

As you probably know, moving pictures and images like video is most likely going to stop them in their tracks versus a text ad or run-of-the-mill driver recruiting ad.

If they see someone that looks like themselves in an ad and is saying nice things about a trucking company, they’re going to stop and give the ad their 15 seconds of attention.

We’re Already Using Facebook But Not Getting Applications…Does This Actually Work?

Facebook advertising is not as simple as clicking a few buttons, adding the company credit card, and then hitting launch. In order to generate enough applications for your company to hire the drivers needed, there needs to be constant work on the campaign by a professional. Facebook advertising will not be effective if someone is passively running the campaign in their spare moments.

The above are questions a company can ask themselves to help determine if they have the skills/time to run a Facebook advertising campaign. If the answer to any of those questions is no, then your company needs to hire a 3rd party recruiter like Driveteks.

Facebook specialists will be dedicated to your campaign and make sure your job openings are seen by the drivers you want applying for your company.

How Much Attention Do I Need to Pay to Facebook When Running a Campaign?

Facebook Recruiting is a full-time job. There’s no way around this one. Think about how hard it is to stay on top of your personal news feed.

Now, take that amount of time and multiply this by 100 for running paid recruiting campaigns.

Whether it’s drivers commenting, or adhering to a strict follow-up process with leads, the fact of the matter is that if you aren’t paying close attention to this recruiting channel, your competition is.

You also need to set aside time to monitor, test and create different ad sets that you’ll run. Facebook is not a platform where you just set it and forget it. This platform provides deep analytics so that you can effectively run your most successful ads and ultimately get the most leads.

What Types of Testimonials Yield the Best Results?

The most effective testimonials we see our clients using are the ones that enable the drivers to be themselves.

Drivers, like everyone else, are immune to professionally doctored videos that lack authenticity.

In contrast, videos that have a lower production value and higher authenticity perform better. So before you go out and hire a production crew to film your CEO saying nice things about the company, think about just sending a quick video questionnaire to your drivers that they can record their answers from their phones.

It’s worth noting that you should encourage your drivers to submit meaningful, but short testimonials. Facebook scrollers have the attention span of goldfish – and often are doing it in passing while on their phones, so the shorter the better.

Facebook prioritizes video clips under 15 seconds in their ad network, so it’s worth it to keep the video short, but the copy longer to tell the whole story.

I’m In… So How Do I Start Using Facebook for Recruiting?

Whether you’re a newbie or a seasoned veteran, you can start recruiting using Facebook with the help from some helpful tips and resources below. 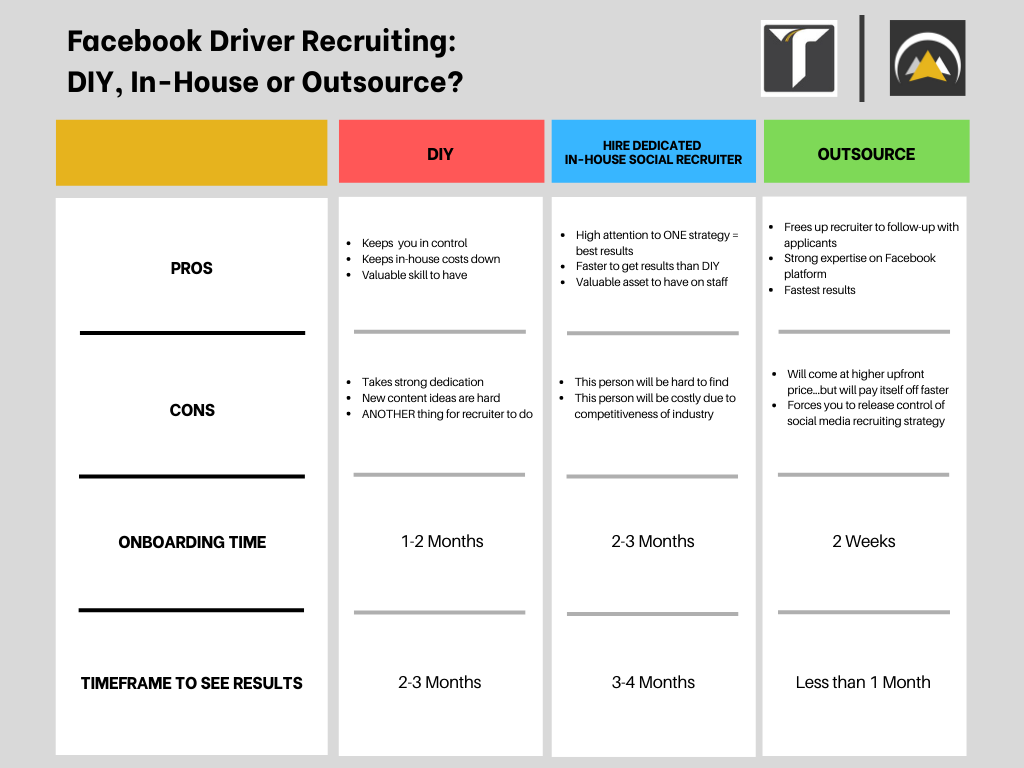 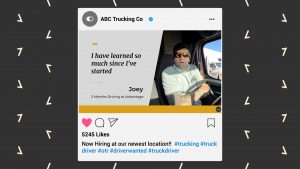 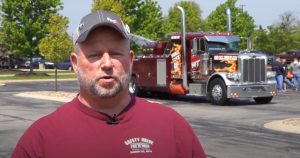 How to Get Drivers to Tell Compelling Video Testimonials 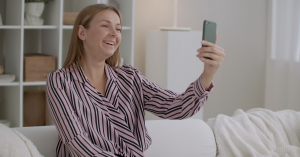 5 Tips for Getting Driver Video Testimonials That Are Actually Usable

Why Video Testimonials Are a Must for Recruiting Truck Drivers